TRENDING NEWS
Home Leadership You Can’t Be Good At Everything 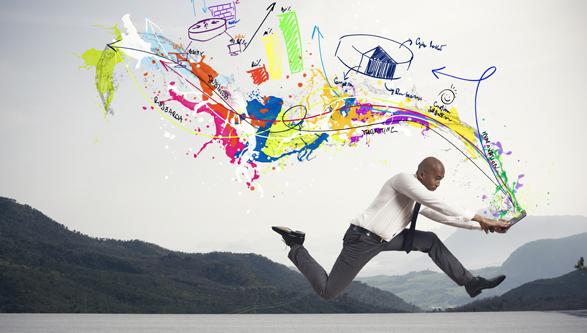 You Can’t Be Good At Everything

Posted By: administratoron: October 20, 2014In: Leadership

In 1980, the Shah of Iran, former Iranian leader and one of the world’s richest men was ill in an Egyptian hospital. In an effort to provide him with the best possible medical care, the US Government flew a high powered team of medical experts to assist him. The team included Dr. Michael E. DeBakey who was considered by many to be the world’s greatest surgeon. In his career, DeBakey had performed heart surgery on more than 50,000 patients including many heads of state and Hollywood stars.

Upon examination, DeBakey concluded that the Shah needed immediate removal of his spleen. Rather than refer the Shah to an abdominal surgeon, DeBakey decided to perform the surgery himself. One of the problems with surgically removing the spleen is the possibility of cutting the pancreas in the process. This can lead to severe infection from leaking pancreatic fluid. To counteract this possibility, surgeons conventionally place a surgical drain in the surgical area to prevent accumulation of the leaking fluid. In the process of performing the surgery, DeBakey made two errors. The first was that since he was not an abdominal surgeon, he was unaware of the standard practice of using a surgical drain in this type of surgery. His second error was that his confidence as a surgeon led him to believe that he would not cut the pancreas.

After completing the surgery, DeBakey met with the press and announced that all had gone well and he expected that Shah to improve. DeBakey returned to the U.S. fully expecting the Shah’s recovery. The Shah, however, was not recovering and had begun experiencing bouts of fever and vomiting. Doctors at the hospital concluded that because DeBakey had not inserted the surgical drain, leaking pancreatic fluid had accumulated and become infected. DeBakey returned to Egypt and after re-examining the Shah he concluded that the Shah’s fever and vomiting was caused by toxicity from his medication and not from leaking pancreatic fluid. The Shah’s condition continued to worsen until a French surgeon finally reopened the wound and discovered that the area had now become highly infected. Apparently, DeBakey had inadvertently cut the pancreas during his operation and the lack of a suitable drain had caused that fluid to accumulate and infect. The infection combined with the Shah’s other complications ultimately led to his death.

The moral of the story is that while you may be great at one or two things, you just can’t be good at everything. Even though DeBakey may have felt that compared to the complexity of heart surgery, spleen removal was easy, he clearly was not the best person for the job. He had little experience with abdominal surgery and had not been updated with the latest information and techniques. In retrospect, he should have referred the Shah to an abdominal surgeon with lots of experience removing spleens. Although we are not surgeons, this is the kind of issue we are challenged with every day. Does our technical knowledge enable us to become expert with all of the medical technologies in our institutions? At what stage do we step aside and recommend that manufacturer personnel or consultants are far more qualified to deal with specific problems? In healthcare, perhaps more than any other industry, people respect specialists. Moreover, people respect those who are willing to step aside and say; “I am not the best person to solve this problem”. We have an obligation to always provide the best possible service, but that does not mean that we do it all ourselves. As with DeBakey and the Shah, sometimes the best possible service is to step aside and allow a more qualified person to take over.
Frank39@gmail.com